This past Saturday Briean played in the East West Shrine all-star game. He started, had a good game and it was definitely cool to watch him play in one more game before the hecticness of this life called pre-nfl draft process. However, while watching this game on TV it felt different than every other Gopher game. To start there were maybe a total of 5 guys I knew, and was able to cheer for/analyze (this including the opposing side). This was not fun for me, I like the feeling of “team” and having some sort of connection to the players and the game. To be honest when Briean was not in, I was not interested in watching the game.  Another, is that of course I wanted the West to win but I didn’t feel any joy or excitement once they left with the win. This game was strictly Briean centered. And though I am always at games for him after getting into my team mindset about mid season (check out post Go Team Go), I like to cheer on the other boys too even when Briean’s not in the game. Gives a sense of togetherness. 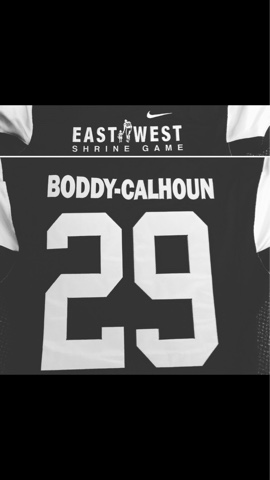 While watching the game on the NFL network there was one commercial that stuck out to me;  “This is the NFL network, where football is family“. Throughout the multiple times I heard this commercial it really hit me why watching this game wasn’t the same for me. This team wasn’t my family. They weren’t that home away from home that I was used to.  I have grown so close to some of these boys, this game made me think about never being a Gopher again. What if I never see some of those Gopher boys again? What if I never see how their lives turn out? Now I am not a super emotional person (though I’m sure Briean would beg to differ), I love adventures and change but sometimes I get a little connected to people and surroundings. Though this change is taking some getting used to I know this is the life of football. If Briean’s blessed enough to hit the NFL, no one team is ever guaranteed no city is permanent. Things are ever changing and these are things that come with the territory. I’m sure there is so much more to learn in this transition but one practice at a time. Besides I’m still getting a handle on these current changes we’re going through!
#transitionout