Pushing Past the Struggle in the Music Industry

So I’m here with Enrique Reyes aka “DaBul Reyes” creator of the mixtape “Project W”.  He is a friend, father, and brother.  Ricky is someone I would describe as determined.  I think in my life I’ve only met one other person who has had as many doors close in their face as he has.  But it’s not about the doors that close in his face that impress me, it’s the fight in him to reopen another one.  Motivation Monday was created to be about just that; the fight.  It is all about having the motivation and fight each Monday to keep it moving for the entire week, month, year.  I’ve known Ricky for about many years now and have seen so many of his battles. I have been blessed to help him with advice through some of them.  He is definitely someone I consider family and as a close friend it’s finally great to see something take off in the right direction for him.  You guys know I am a fan of rap music so when someone in the fam takes on this passion, it’s a big deal.  Especially when the release of a new mixtape comes around.  So I decided to sit down with Enrique and discuss just that; his current take off: 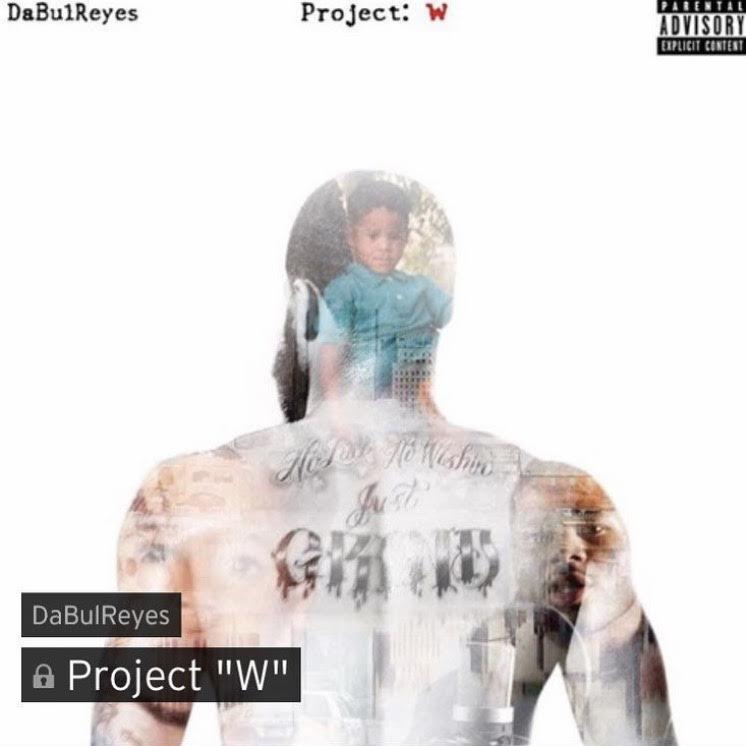 Aysia B: Hey Enrique.  First of all congratulations on the video and the new mixtape, Project W.  I’ve definitely had my listen and it is HOT!
DaBul Reyes:  Hey sis.  Thank you, thank you definitely proud of the work me and the people I’ve had as a team around me has put in.  I definitely needed the support of everyone to get it done.
Aysia B:  So we’ve been friends/ “family” for about 9 years now or so right?
DaBul Reyes:  Yea definitely been some time.
Aysia B:  Right, so I’ve seen you try your hand at so many different things but rapping has been a constant one for years.  It’s so great to like finally see your work just take off and finally have some notice from others and just get the recognition from your hard work that you deserve.  So definitely big ups on that.
DaBul Reyes:  Thank you, thank you. So blessed for sure. 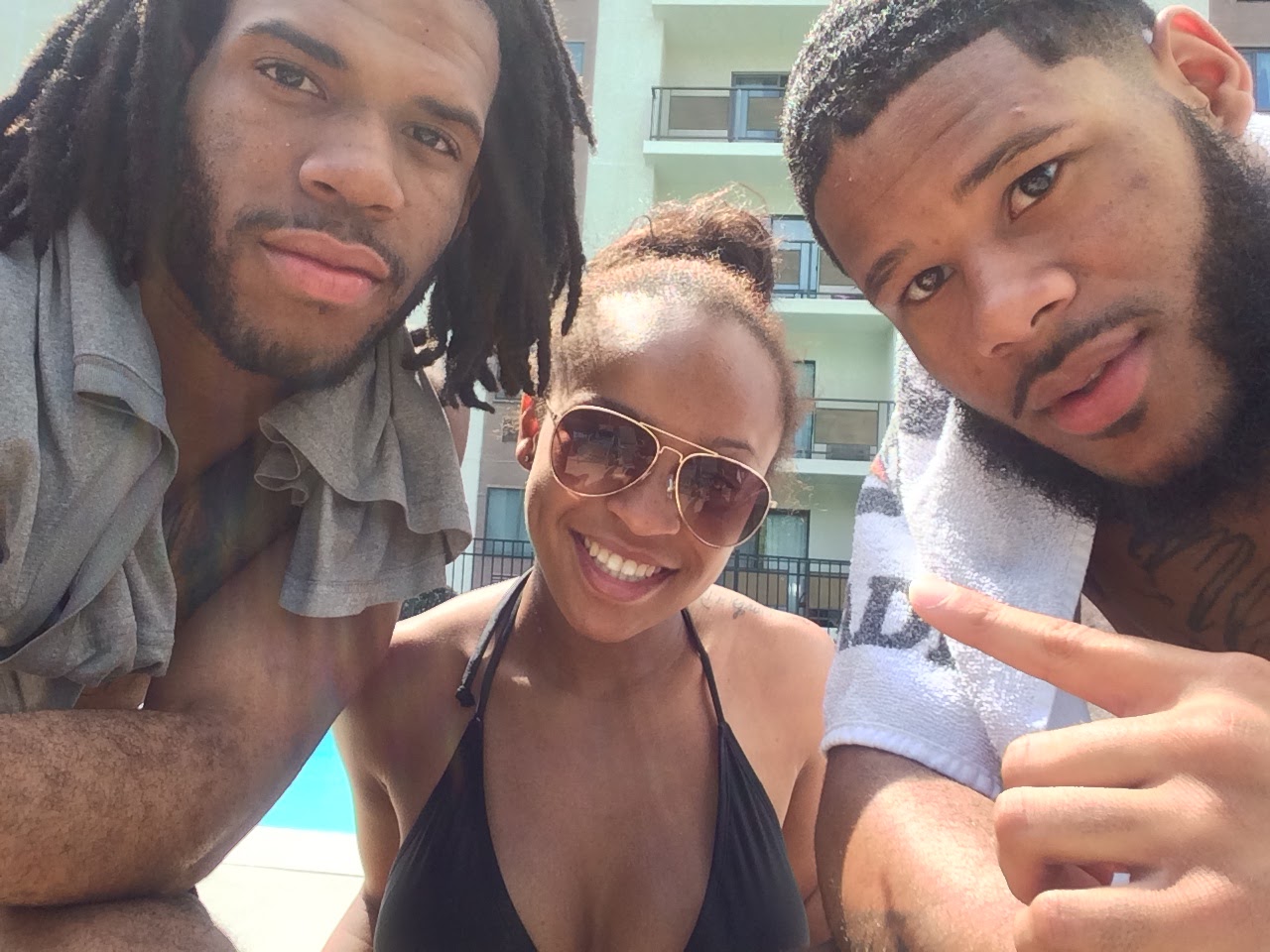 Aysia B:  So let’s just hop right into the questions.  When was it that you first knew rapping was your passion?
DaBul Reyes: I knew rapping was my passions/purpose around the age of
16/17 years old. And I actually began rapping around 8/9 years old. It was in my late teens when I consciously noticed that rap was more than just rap to me.
Aysia B: Okay right definitely an outlet for you I can imagine.  So who would you say is your biggest inspiration?
DaBul Reyes: My biggest inspiration would be the narrative of Nipsey Hussle. The fact that he has been able to use his story/voice to create revenue streams for himself and his family speaks volumes to me. I know you’re probably like well every artist does that. You’re right. But Nipsey Hussle has surpassed the status quo in the music industry. Nipsey brings more to the table than music. He’s a positive public figure in his community. He also owns multiple businesses, his music label being one of them.
Aysia B: Wow, that’s really dope.  That taught me something as Nipsey isn’t someone I myself follow super close.  But if you had to compare yourself who would you say your most like? Would it be Nipsey since he’s been such an inspiration?
DaBul Reyes: If I had to compare myself to anyone, I would say there is no comparison. I have a saying that goes “No one is better at doing me, than me”. I embrace and accept the fact that I am different. We all are, I think it would be an act of idolizing to give an comparison. However, I am influenced by artists such as Jay-z, Nipsey Hussle, Tupac, Biggie, Beanie Sigel, Jadakiss and Big Pun.
Aysia B: Okay, okay.  So after doing this rap thing for some time now and finally starting to reap your hard work, what doors has rapping opened up for you?
DaBul Reyes: Rap has opened many doors. It has allowed me to express my feelings in a form of art, which is accepted and embraced by many different cultures. Music has allowed me to connect with my peers, the youth and the educators. It also has presented opportunities to earn profit for myself and my family. Most importantly, rap has given my life purpose. I’ve found my purpose. That is more rewarding than anything else in this world.
Aysia B: Definitely, I mean we all search for that outlet.  Some people use sports, or like me with writing.  What would be some of the biggest struggles you’d say you’ve had to deal with in this industry?
DaBul Reyes: The music industry is all about making money. They don’t care about the content of the music. The music industry is solely focused and geared towards making money. This is a struggle because a artist could posses powerful material and if the music industry doesn’t see a monetary gain, they’ll dismiss it. That’s why you see a lot of artists starting their own music labels.
Aysia B: Yea, there definitely is so much more of that now.  What helps you get passed that struggle of the music industries tunnel vision?
DaBul Reyes: What helps me move pass these struggles is a solid mentality. Another motto of mine is “Going through it and getting through it”. In life, there will always be impediments and hurdles. Constantly perfecting my craft, staying in tune with my religion and maintaining good health is my recipe. That recipe doesn’t just help, it always delivers.
Aysia B: I’m glad you mention that because it’s so important to have a foundation.  And something we preach in just our day to day conversations is God.  And making sure that religion is on point to help you through your struggles, temptations and set backs.  And this is definitely something that is part of our culture.  As a black man growing up in the hood with all these different temptations and trials/ tribulations how has rapping “saved” you per-say?
DaBul Reyes: Again, music has given my life purpose. I can make sense of my existence now. It gave hope and meaning to my life, which transpired into better decision making.
Aysia B: And that right there is the purpose for all us near and far (laughter), just finding that something in life that gives us drive.  So now that this video has been released and the mixtape is out, how have you used rapping to give back to your community?
DaBul Reyes: I’ve placed my personal experiences in my music, by allowing my community to listen to it, gives them a blueprint to execute. It gives them encouragement, honesty and energy.
Aysia B: What is your ultimate goal for your rapping?
DaBul Reyes: My ultimate goal is to become the first artist from Wilmington, Delaware to make his mark in the music world. To be an A list Artist, just to show the youth, my peers and educators that it can be done. Anything else that comes with obtaining that goal, is a luxury that isn’t dwelled upon.
Aysia B: What kind of advice do you give to those who deal with struggle everyday in something they love?
DaBul Reyes: “Keep Going!”
Aysia B: Motivation Monday in a nut shell right there for you folks (laughter). Thank you so much for doing this interview Rick.  I know we’ve been talking about collaborating for some time but what better time then right after the mixtape right?  Hey, maybe next time we’ll do one of these live after a performance of yours.
DaBul Reyes:  (laughter)  It’s a bet.
Be sure to check out the #BTG Instagram to see the first music video from Project W as well as find the link to the mixtape (also featured below).
Aysia B.
https://soundcloud.com/user-39955758-84860355/sets/project-w 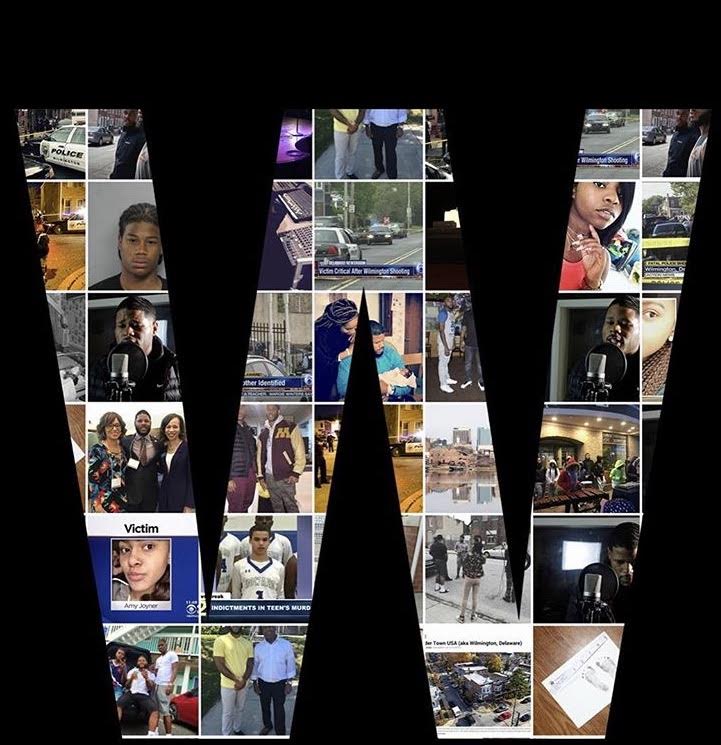