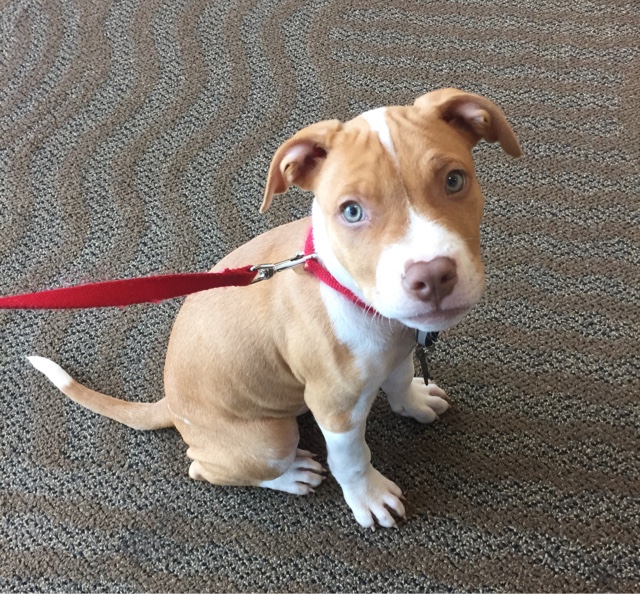 Because let’s be honest… he really is. I wonder how many of those statements will change when Gunner’s a full grown pitbull. When his eyes may no longer be blue and his coat turns a darker shade. When his teeth aren’t so little and his head much bigger. How many people will then think my dog is the cutest dog ever?
That’s the reality with a pitbull. Everyone loves them when they’re adorable and young but not when they look like they have the actual potential to kill. To some, pitbulls are the most feared animal. Why? Not because they know someone who had an incident with one, not because they’ve personally been attacked by one but because society tells them to be afraid. Because society has labeled the breed as a “bully”.
For me and Briean, getting a pitbull was a no brainer. He spent his life around them growing up, and I liked big dogs with no preference of breed. So when he presented Gunner to me as a gift I was nothing short of thrilled. Gunner is honestly the best gift I’ve ever gotten. When choosing a dog we didn’t think anything of the barriers that came with the breed. Housing restrictions, flight restrictions, even puppy play restrictions. I mean really? How much more dangerous can my 10 week old pitbull be than a chihuahua? But hey I guess this face right here is one of a killer. 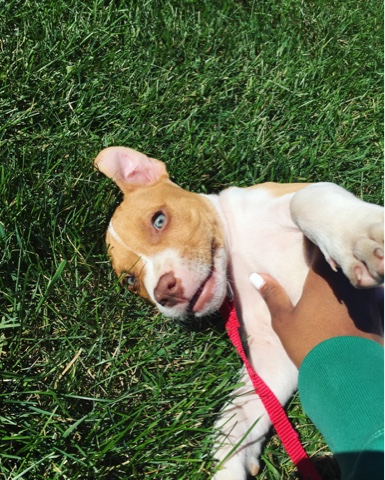 One thing that society had right, is that pitbull stubbornness. Trying to get Gunner to do something I want (like taking a picture for example) is sometimes like pulling teeth. However, he is loyal which means he is obedient. In the few weeks we’ve had him we can already see a change from his distracted puppy mindset to his aiming to please adult one. He is literally the sweetest dog.
I hope when people later see my 10 year old pitbull they remember the same sweet faced 10 week old puppy. I hope before they fear my dog as a killer they remember the discipline and obedience instilled in him. My dog among many other pitbulls have done nothing wrong- so don’t bully my breed.
#PitbullAwarenessMonth 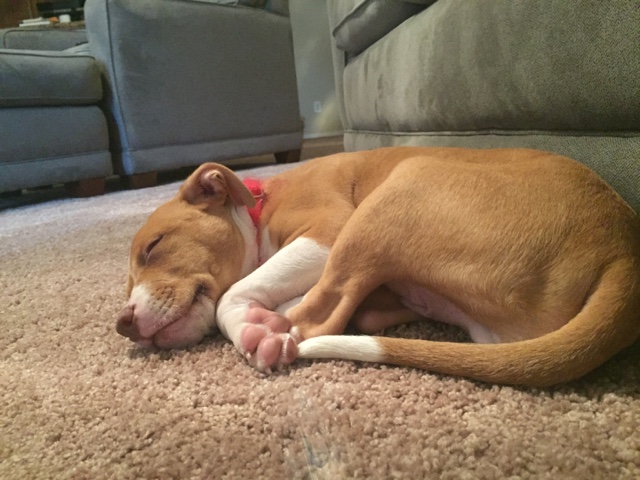 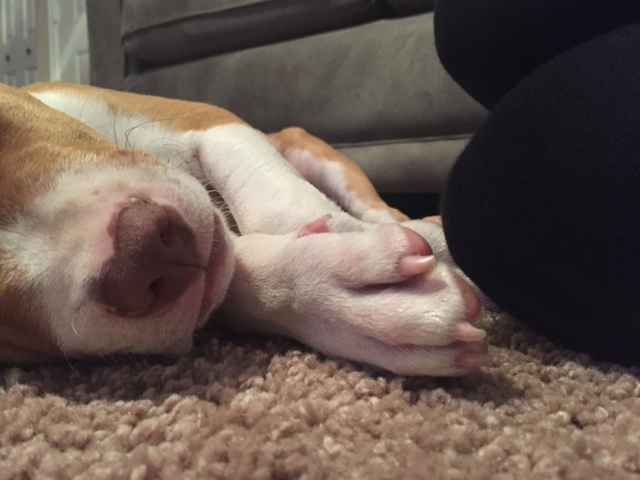