Anyone that knows Briean knows he cares for his team more than himself. He is the true definition of a team player. He gives himself to that team until he has nothing left. Me on the other hand I wouldn’t say I’m NOT a team player but I’m just a little more about how me AND the team can benefit. I love team sports and when I played softball I totally gave 100% of myself during the games. I always wanted a win but also wanted to be having a good game myself. When Briean is in that game I am 100% a gopher. I scream my heart out and give everything I have to be the 12th man in those stands. If Briean gets sat down a quarter or is hurt I give about 50% of me while the other 50% of me has her eyes glued to the sidelines trying to figure out what is happening or “taking a break from the game mentally” the same way he is physically during that quarter. I know it’s not fair to only give yourself to the team when it benefits for you. So what I learned this weekend is team. I learned that no matter what we are a part of that gopher team. Win, lose,rain, shine I need to be giving it everything I have as a fan just like Briean does as a player. It is something I plan to work on this entire season. Being a team player 24/7. Go gophers! Great win this past weekend and Happy Homecoming!! 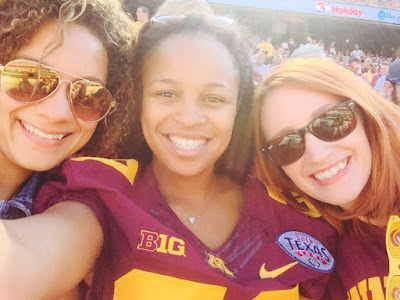 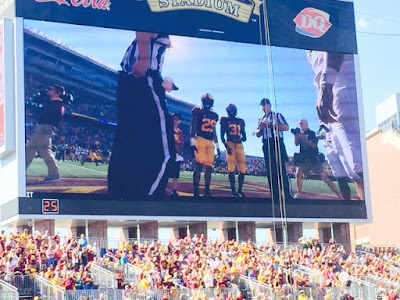 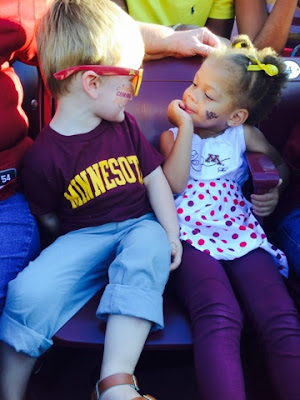 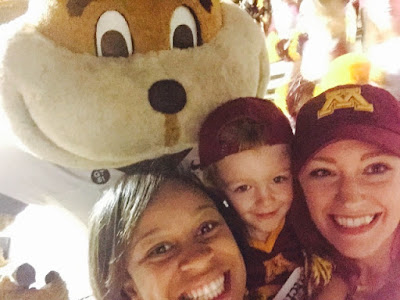