Have you ever been in a bathroom full of drunk girls? I mean it is like a a 360 from the way women are in the outside world. I saw a post last week that made me aware to that statement. For those of you that don’t know, drunk girls in the bathroom is like “The Girls Room” set on the Amanda Barns show (yes I know a true throw back). Everyone in that bathroom is best friends and looks out for each other. From selfies, to toilet paper on the shoe, to sharing eye liner those girls in that bathroom form a unit.  I wish the world could be like that 24/7.  I wish we lived in a world where females were, to put it plain and simple, nice to each other. 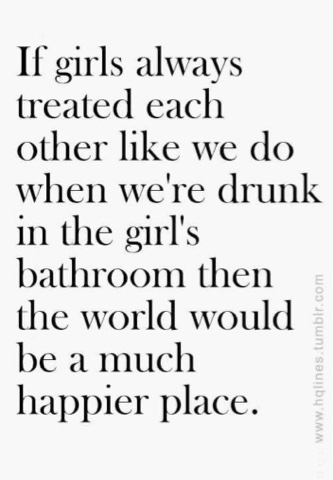 A few weeks ago a girl from my old high school district got murdered. No one seems to be calling it that but that’s what it is.. it is a murder. No one besides her and the girls that fought her will ever know the real cause of what happened. A boy, an argument, a seat in class I don’t care… the bottom line is she got killed by a group of girls who are insecure. There is no other reason for it than just that, insecurity. 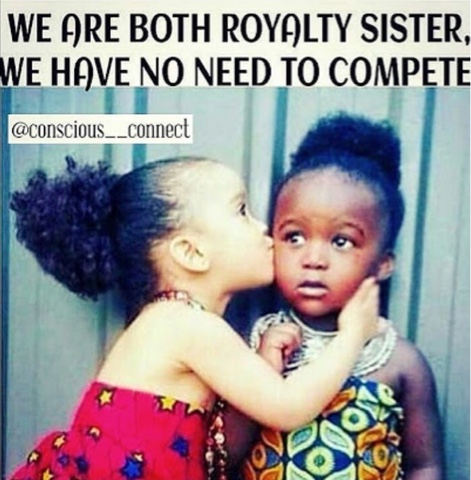 This situation hit home for me because lately I have became sort of a womanist. I am all about the ways we as women can empower each other. I’m all for complementing the woman who’s shoes you like, or stopping a lady on the street to say her hair is nice. The problem with our society now is every woman feels like they are in competition with the other.  There is no such thing as basic respect for another woman. Society is to blame, men are to blame and most importantly us women are the most to blame. 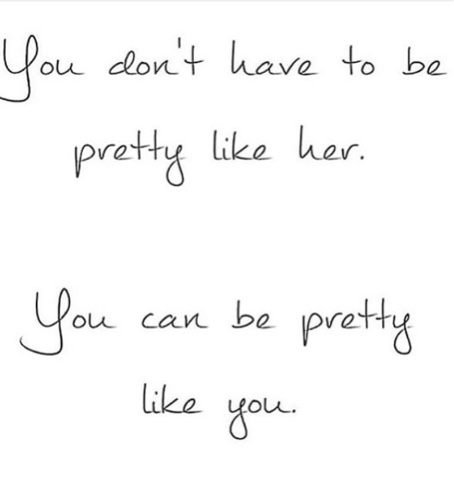 The boys have a saying “bros before…” well you know how it goes, us women do not have that. I would love to see a cohesion between us women as well. It’s always a competition of who gets the guy, who has the hottest clothes, nicest shoes, etc. With the “family” me and Briean are about to enter with NFL there is plenty of “competition” between women. The veteran’s wife vs. the rookie’s wife, the gf/wife/fiancé vs the “jersey chasers” and many more.  No matter what we do as females we compete.  So for this feature month my Wednesday’s are now reserved to US. To building women up for her beauty or brains. To creating our own Woman Crushes and not waiting for any man to do it. 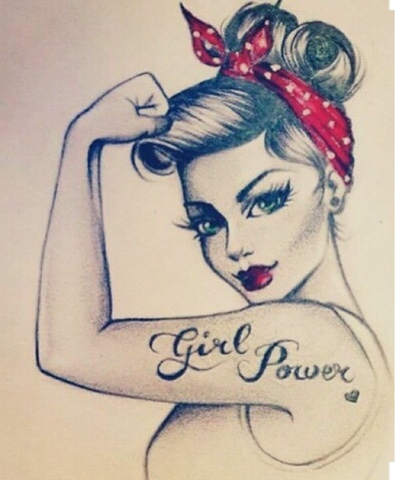 So here’s to you Amy… You are my first woman crush Wednesday for this month. Because though I didn’t know you I know one thing, no person is going to walk into a place alone where they know people are waiting for them unless they wanted to talk and work it out. Because from what the people you leave here in spirit say about you, you were such a calm loving person.  Because you were a woman and my equal, not my competition.
#ripamy 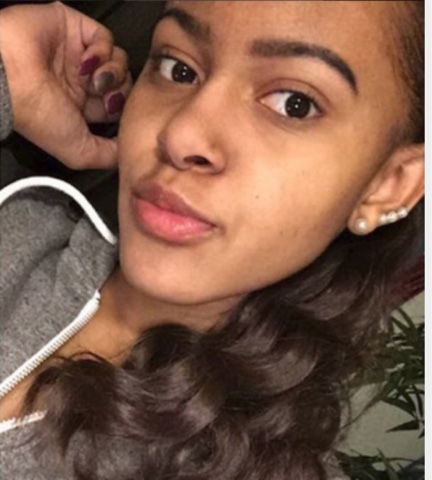